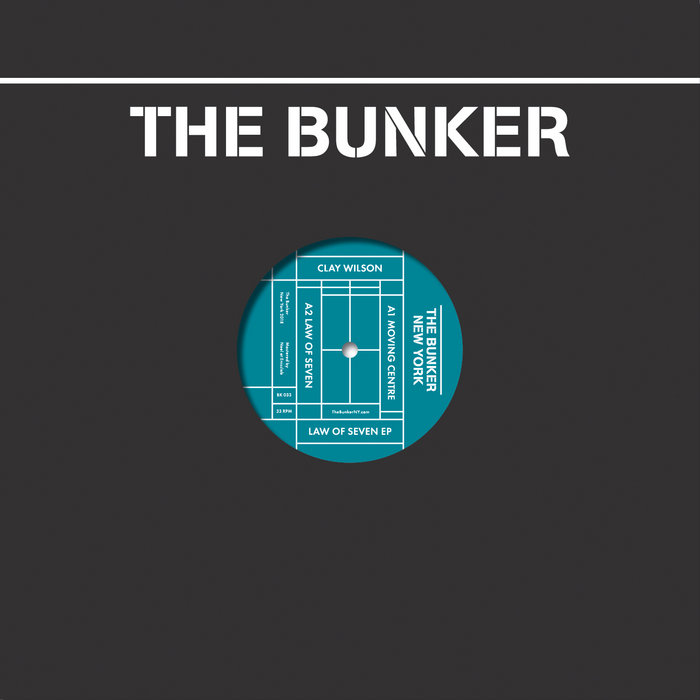 Brooklyn-based producer, DJ and member of The Bunker New York family Clay Wilson has been increasingly blurring the lines between the rave and the rest of his life as of late, working as a club sound tech, and hosting a weekly show on The Lot Radio alongside Certain Creatures, with whom he also does a weekly event every Sunday in Bushwick. Clay’s loss of non-rave time is our gain as his newest release, The “Law of Seven EP” comprises a meditative and ecstatic homage to deep listening techno with mystical overtones. We asked Clay where he is currently at with his creative interests and he told us: “I find myself attracted to the techno which gives some feeling of otherworldly escapism. I feel like especially with the current tensions in the air, particularly in the United States, that I'm even less drawn to the hard pummeling functional styles of techno. I don't really want to be beat over the head with music that feels very much from the earth, but instead look for music that can elevate beyond the club and creates a sonic environment referencing space, psychedelic forests, aquatic spaces, etc. I feel that the impact of subtlety and escapism can be a more uplifting or healing force right now while still being completely strange and weird.”

The “Law of Seven” refers to the spiritualist philosopher Gurdjieff’s idea that the evolution of phenomena proceeds according to a universal seven-step process. Clay tells us that while this idea did not strictly factor into the composition of these tracks, “you could abstract some elements into the musical creation process. Gurdjieff was quite a thinker, but also composed music so I thought the lines I was drawing carried some weight... in particular his notion that ‘Creation proceeds through increasing restrictions’ which I find to be incredibly relevant to my process at least. Time limitations and performance settings particularly seem to allow me to be far more productive than just working freely with no solid end point in mind.”

Clay went on to tell us that the tracks on this EP were inspired by a performance at FUSE Brussels; “I was really trying to create ideas for that set which would have referenced the sounds people would have been aware of from my releases while simultaneously attempting to elevate quality of my production skills and sound system impact in comparison to those earlier records. The crowd reception that night as well as the feedback from (friend and The Bunker resident DJ) Patrick Russell really pushed me to take the live set back into the studio and finish arranging these pieces into a completed record.” The result is a release that feels dynamic and live, enhanced by extremely precise sound staging that allows the music to inhabit the dance floor sonically and spatially.