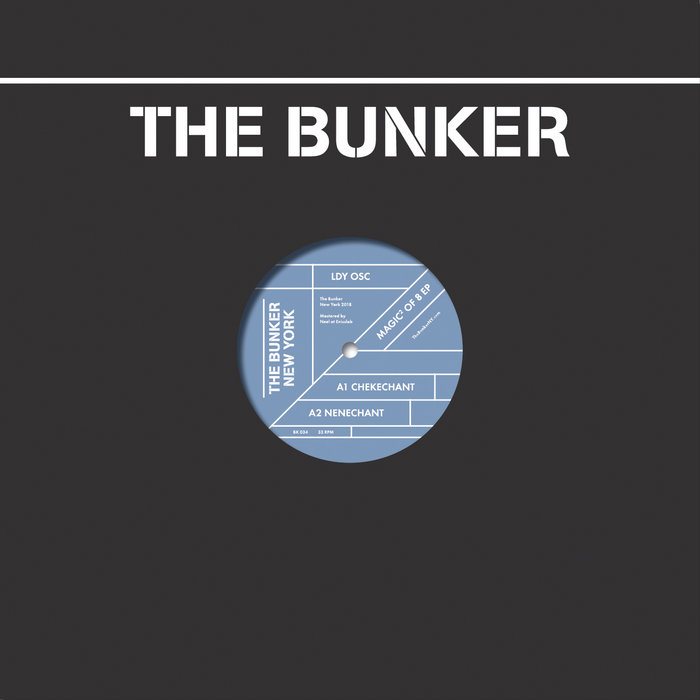 The Bunker New York is excited to be releasing LDY OSC’s powerful debut EP “Magic² of 8” which takes inspiration from Liaisons Dangereuses as much as it does from Sähkö Recordings and Mayan Cosmology.

Alyssa Barrera Auvinen, who would become LDY OSC, grew up in Laredo, Texas on the conflicted border between the United States and Mexico. “I learned at a young age that you don’t have to follow the system” she tells us. Her musical trajectory began in her teen years with an older brother who played in an Industrial band and feeling a connection to the rage of heavier sounds. By late adolescence she was immersed in electronic music and would travel to Monterrey, Mexico to see DJs play. She began to DJ with encouragement from her father, a rooster breeder and cockfighter who drove her to play gigs in Mexico, landing her at clubs such as Aura, Topaz and Bar Americas. Teaching herself electronic music production techniques, Alyssa eventually moved to New York City to attend school, earning a BFA in Liberal Arts and Science with a Major in Music and Sound Engineering. While in school her classmates called her Lady Oscillator because she was always geeking out, building kit synthesizers and DIY modulars and thus LDY OSC was born.

Alyssa’s artistic trajectory really began to coalesce when she connected with future bandmates Todd Sines and Charles Noel in 2015. Their project evolved to become a band called Artefactos de Dolor (which has a double LP coming out in November 2018 on Helic.al records). While she has long been a collaborator on synth pop and punk projects, LDY OSC tells us that working on her own to record, the “Magic² of 8” EP, was a very different process: “I record all the tracks first, and then once I am ready to record the vocals I listen to the overtones and harmonics that the synth lines have created. I then can catch with what is already there, the tone and rhythm for the vocal. I also do other strange things like playback the vocal, open the window, and let the vocal combine with natural air. “ The result is a record that breathes and hits hard on a dancefloor, retaining the humanity of LDY OSC’s vocal explorations alongside the machine soul of her synthesizer manipulations.