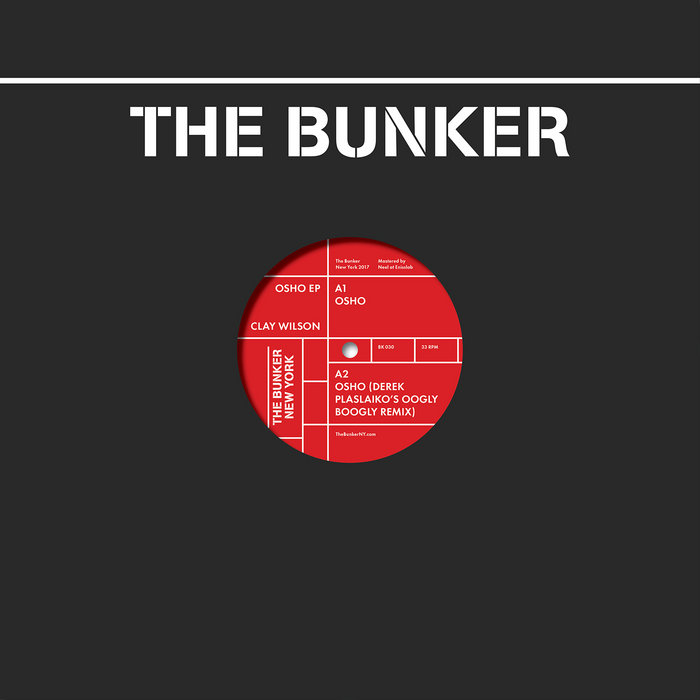 Body music, mind music, ass-shaking and head-boggling, Clay Wilson’s third release on The Bunker New York is a dance EP that manages to be both restrained and cacophonous, speaking to his classical training as well as his years as a DJ, producer and sound tech. Since we first met Clay as a new-to-New York City Bunker party regular back in the Public Assembly days, through releasing his earlier music and having him join us at numerous label showcases around the world, we’ve come to know him as an exceptional producer and DJ, an essential part of The Bunker family and a regular fixture in our lineups. This new release is an expression of the deep relationship we’ve all forged through years of raving together - of freaking out to an unreleased track on the dance floor only to find out your friend made it and then getting a crew together to remix it and put it out!

We heard the original of Osho and decided to give it the remix treatment in order to bring out the various dimensions of the track that were percolating in the background. While the original version is subtly shifting with a cascade of rhythm at the forefront, the Jasen Loveland remix acidifies the track by about 420% and in the process adds a punch of darkness that takes the track solidly into late night territory. Derek Plaslaiko’s “oogly boogly” remix delivers on the promise of both oogling AND boogling, and if you can figure out what that means please tell us, but it likely refers to the jangly swing that loosens up Clay’s tight production to great effect. rrao’s contribution to the mix, following up her debut production on the 15 Years of The Bunker compilation in January, is a subtle and weird version with a murmuring vocal amping up the surreal abstraction, a real departure from the original that nonetheless preserves its character.