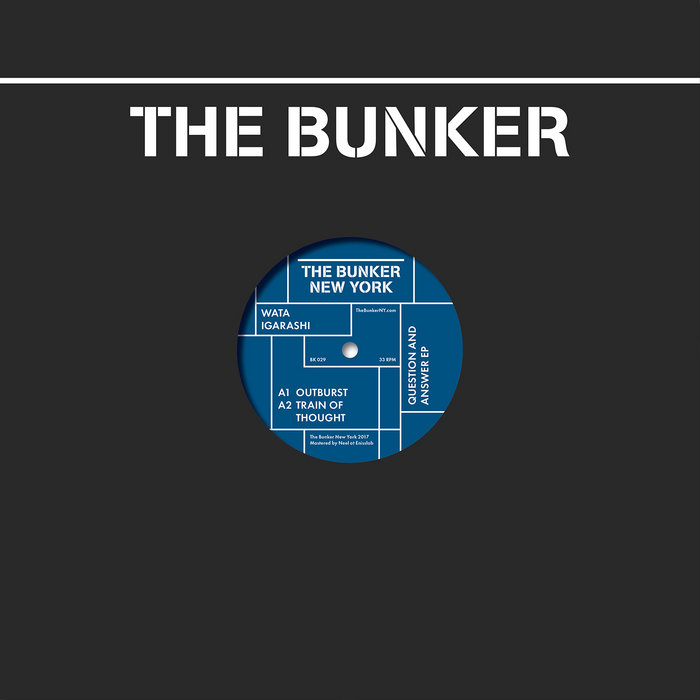 Hubajube He's the man to beat right now. I can here his influence creeping in to other producers' tracks lately.

We are excited to share Wata Igarashi’s mind-bending “Question and Answer EP”, his second release on The Bunker New York. We’ve been playing all four tracks at our parties for a while, watching people lose their minds on the dance floor and look at their friends with that “what is this?!” expression on their faces. These reactions are not surprising considering that Igarashi is a lifelong musician and a professional sound designer by trade. Through decades of experience composing music he has developed a sophisticated and nuanced approach to production that allows him to evoke powerful moods and emotions. In recent years he has been applying his production skills to great effect, developing a distinctive brand of psychedelic techno that has been released on labels including Midgar, Semantica and Time to Express. Describing his creative development, Igarashi tells us: “the more I produce and play, the more I discover. I keep finding different aspects or nuances of making and performing techno music. This process of learning and constantly going deeper is very exciting for me, it is unlike anything else I have experienced before. I am appreciative of the opportunities I have been getting and I just want to pursue them as far as I can, it is deeply motivating doing something I love with people I respect.”

A chance encounter at Berghain in February of 2015 connected Wata with Bryan Kasenic, founder of The Bunker New York, who already knew and loved his music. As a result of this meeting, The Bunker released a very well received podcast from Wata later that year, which was followed by Igarashi’s “Mood of the Machines EP” in 2016. The relationship has further deepened through working together on this follow up record and Wata making his North American debut as a DJ at The Bunker in September of 2017. According to Igarashi, the “Question and Answer EP” is “about communication and connections, so it makes sense for it to be on The Bunker NY, a label that features so many friends and artists that inspire me. My relationship with Bryan has been an important and rewarding one for me, and I am really happy to be working with him again on this record.” These rewards quickly become obvious on a dance floor with unfurling infinite arpeggiations working themselves out with the inexorable driving force that can be found in truly great techno. The EP opens with tense and driving “Outburst”, which is complemented by the slow-burning “Train of Thought”. The B side features the title track, a beautifully unfolding number geared for generating powerful moments of release on the dancefloor. The EP finishes in style with the downtempo vibes of ‘Broken Telephone’. Versatile enough to be dropped during peaks or at other times, this new EP from Igarashi boasts 4 equally kaleidoscopic cuts that will surely stand out in a set.

Cannibal Corpse's George "Corpsegrinder" Fisher stops by for an interview