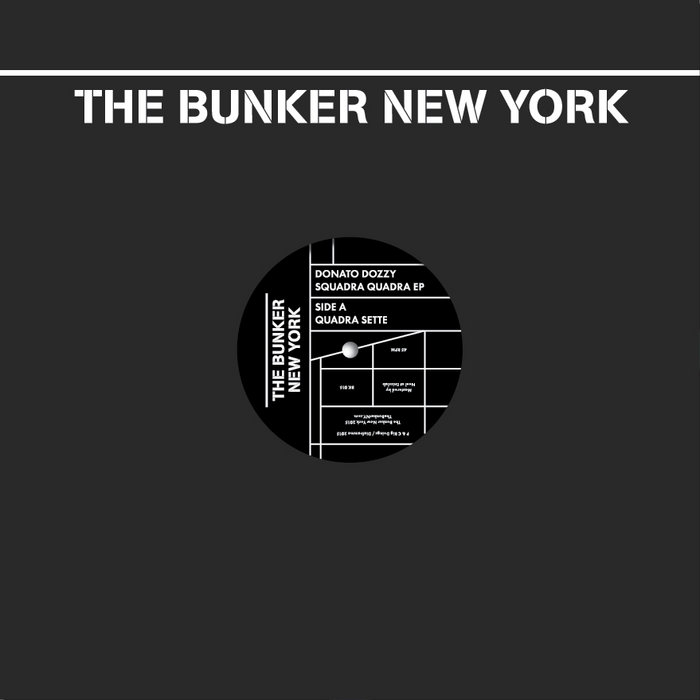 szinzan Goddamn... I'm glad music can reach these depths. This is the most poignant and hopeful statement about the human condition I've ever listened to﻿

It's difficult to imagine The Bunker New York without Donato Dozzy. The roster of artists who have played the party over the past decade-plus reads like a proper Who's Who of modern techno and house, but if there's one artist in particular whose sound and vision has had an outsize impact on The Bunker, both as a party and as a record label, it would be Donato Dozzy.

The story begins in 2009, when The Bunker's resident DJ Eric Cloutier was performing for the first time at The Labyrinth, an outdoor techno festival located in the mountains of Japan renowned for its pristine natural setting, world class sound system, and outstanding bookings. There, Cloutier witnessed one of Donato Dozzy's legendary closing sets, and immediately told Bryan Kasenic, The Bunker's founder, what he’d experienced. "He pretty much insisted that I book Donato for The Bunker and put me in touch," recounts Kasenic. Soon after, the wheels were in motion.

"Dozzy showed up on my doorstep a couple of days before his first gig at The Bunker, in March 2010," he remembers. "He wanted to listen to some music, so I put on Emeralds' Allegory of Allergies and he listened to it at least five times in a row. He turned to me and said, 'Bryan, you have no idea what I'm hearing in this music.' After some delicious meals and record listening sessions, we formed a close bond. Since then, Donato has been back to play The Bunker and tour North America at least once a year." Donato himself puts it more simply: "When I went to Brooklyn for the first time and spent an endless amount of time in Bryan and Seze's loft listening to an incredible Emeralds record, I can easily say that moment was a turning point in my life."

Squadra Quadra marks Donato Dozzy's first solo appearance on The Bunker's record label, and from minute one, it's classic Dozzy — no one else in the world produces techno like this. "Quadra Sette," the A-side, runs for six and a half minutes but could easily go on forever, featuring an undulating synthesizer buoyed by rollicking drums and a perfectly placed handclap. The B-side, "Quadre Nove," shows off Dozzy's darker side with a head-cleaning synth line straight out of a science fiction movie.

"There's many people and record labels I love and respect in the U.S., but with Bryan and The Bunker family, I feel a natural bond," Donato says. "I can sense that they're kind of my own family, as well."

outré black metal, with a Victory Over the Sun interview and music from Liturgy and Jute Gyte.