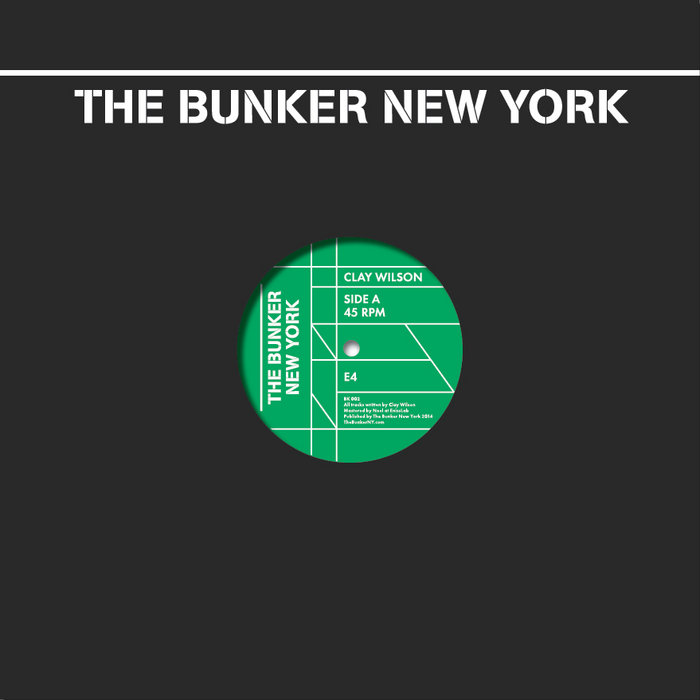 Cambo a favorite of 2014, intuitive techno with an other-worldly sense of groove and space. Sends the eyes down, and the chills up the spine Favorite track: E4.

Clay Wilson’s life story is, for the most part, a mystery. Little is known about the 24-year-old producer, who began turning heads with mesmerizing tracks from his home base in Brooklyn last year. The deeply psychedelic groove of Clay’s debut release for Brooklyn's Styles Upon Styles’ Bangers and Ash series immediately caught our attention.

Before Wilson started making techno, he studied improvisation at music school in upstate New York. Wilson played bass, studying with noted jazz musicians who had worked with Ornette Coleman, Alice Coltrane, Herbie Hancock, and many artists who recorded for the ECM label. He counts Coleman, Coltrane, and Art Ensemble of Chicago among his major inspirations. You can sense the subtle traces of Wilson’s avant-garde jazz training in his techno. You can hear the shifting layers of intriguing textures in the music, his deep understanding of the low end, of arranging and composition, of form. “Understanding the foundation of form has allowed me to not worry so much about putting loops into a full ‘song’, which seems to be a common thing with electronic music,” he says. “I think the textures kind of come from trying to get away from standard musical ideas.”

While nerding out over our mutual love of fine craft beers and deep techno, we asked Wilson to create some music for our (then hypothetical) new label, and he obliged, in spades. Wilson was already a big fan of The Bunker, and a regular at our parties. He had already started making music before experiencing The Bunker, but the sound of the party inspired him massively, and helped him to refine his own aesthetic. He was deeply moved by Bunker sets by Voices From The Lake, Demdike Stare, Peter Van Hoesen, the Interdimensional Transmissions crew, Bee Mask, Atom™, Tobias, and many more.Wilson sent a lot of music our way over the next few months, and what you have here are our three favorites, culled from the pile with help from our resident DJ Eric Cloutier.

Mastered by: Neel at EnissLab
Cut at Dubplates and Mastering
Pressed at Brooklyn Phono