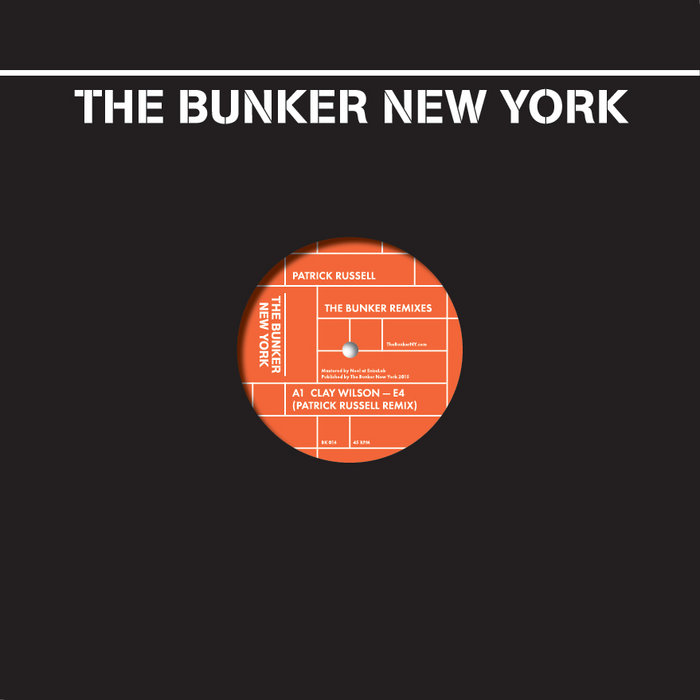 szinzan This is incredible, utter raw emotion and beauty. Literally takes my breath away.﻿

For the latest release on The Bunker New York, we invited Patrick Russell to stare deeply into our abyss. The abyss stared right back at him, and the results are mesmerizing.

Patrick Russell is an American gem, a veteran of the Midwestern underground with roots running deep in the Detroit scene of the early '90s. A core member of the Interdimensional Transmissions crew, Russell is perhaps best known for his genre-bending DJ sets at the now-infamous No Way Back parties in Detroit and beyond. "Interdimensional Transmissions has been a sort of home and family for me for many years," explains Russell. "Interdimensional Transmissions partnered with The Bunker for the first time in 2009, for No Way Back in Detroit. We've collaborated in some way, shape, or form ever since, and in February of 2010 I played The Bunker for the first time, during Unsound Festival New York. That put the wheels in motion for my move to Brooklyn, and I've been lucky enough to play The Bunker numerous times since.”

Russell is something of a rarity in today's world, an artist whose career is built primarily on the strength of his DJ sets alone. "I've always considered myself a DJ first, and a producer/remixer second. However, while one might imagine the dancefloor would exclusively inform my productions, I find myself following a more abstract route in the studio these days. Tracks that serve a dual purpose — that is, ones that have an infectious rhythm while sucking you in and messing with your head a little — are what I find myself seeking out as a DJ these days."

That's exactly what you'll get with Russell's record for The Bunker: Three cuts of heady, cerebral bliss guaranteed to push any dancefloor a little further out into the interstellar, while working just as well at home on a pair of good headphones. In Russell's hands, Clay Wilson's "E4" becomes a spaced-out stepper's delight. His rework of Romans' "Coptos" lets the acidic undertones of the original run free while snappy percussion holds focus. And while we're not one to pick favorites, Russell's remix of Zemi17's "Rangda," stripped to its bare essentials, is almost a purer representation of the original than the original itself, designed to lift a willing crowd into a trance state.

We're honored to be able to present Patrick Russell's interpretations of our back catalog. We hope it won't be the last.